At the end of July, the tribe gathered.  Vineyard people from east to west and north to south, from all across our nation came together in what felt like a family reunion (without any of the weird uncle, or the bickering aunt stuff).  It was an amazing time of worship, connection, fun, teaching, encouragement and challenge. There were 21 people (ranging in age from 14 months to, well, we won’t say) from WCV who made the trek.

Below are some of the highlights from our organized times together (not to mention paint-ball, pulled pork and water balloons):

Robby Dawkins (Vineyard pastor from Chicago), spoke passionately about healing. He walked us through a powerful time of praying for the sick – many were healed, many were better than before, and others were the same but felt loved.  It was great.  “We have authority to heal!”

Cheryl Bear (pastor, musician, theologian from Vancouver) shared profoundly on First Nations inclusion in the Vineyard and First Nations ministry issues.  Go here for a reflection on this element by Natasha Boone.  Cheryl spoke eloquently offering both challenge and explanation towards inclusion of the marginalized voices among us.  It was great that her strong voice was heard because the Holy Spirit was certainly speaking through her.  “Hope involves work!”

David and Anita Ruis (WCV church planters) were installed as National Team Leaders of Vineyard Canada.  They shared their hearts, and encouraged us to “hold on to the centre”.  They laid out a track that they and the rest of the National Team feel is the direction God’s calling us as we move into the future.  They called us as a movement in Canada to:

Ellie Mumford (Mumford and Son’s mom and the co-director of the Vineyards in the UK and Ireland) roused us saying, “brothers and sisters in the Canadian Vineyard, in my humble opinion Aslan is on the move…!” and that “this is supposed to be fun!” – and it was.

Additionally, Andy led two workshops and Suhail spoke about our very own School of Justice and Noel & Dona shared on the Himalayan Region Vineyards!  It truly was a rich time.  The next one will be in 2018 in Alberta. 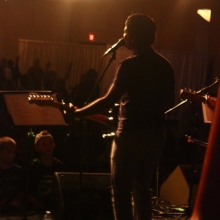 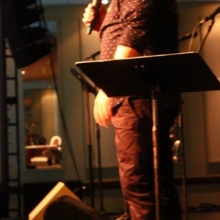 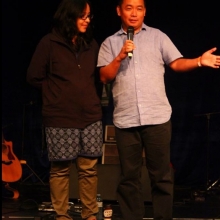 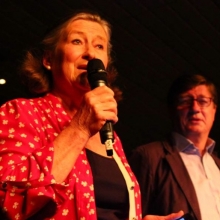 “Aslan is on the move…” Ellie Mumford 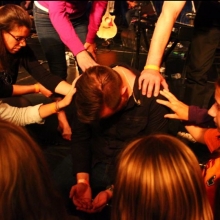 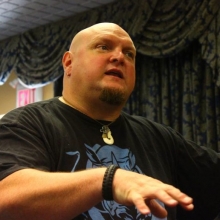 Robby Dawkins sharing with our youth. 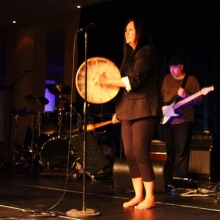 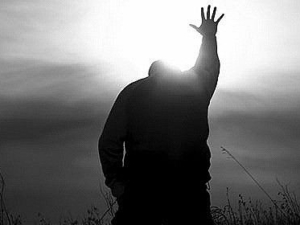 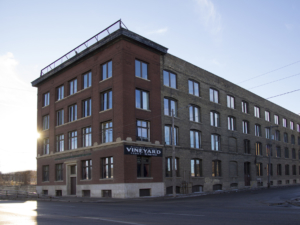